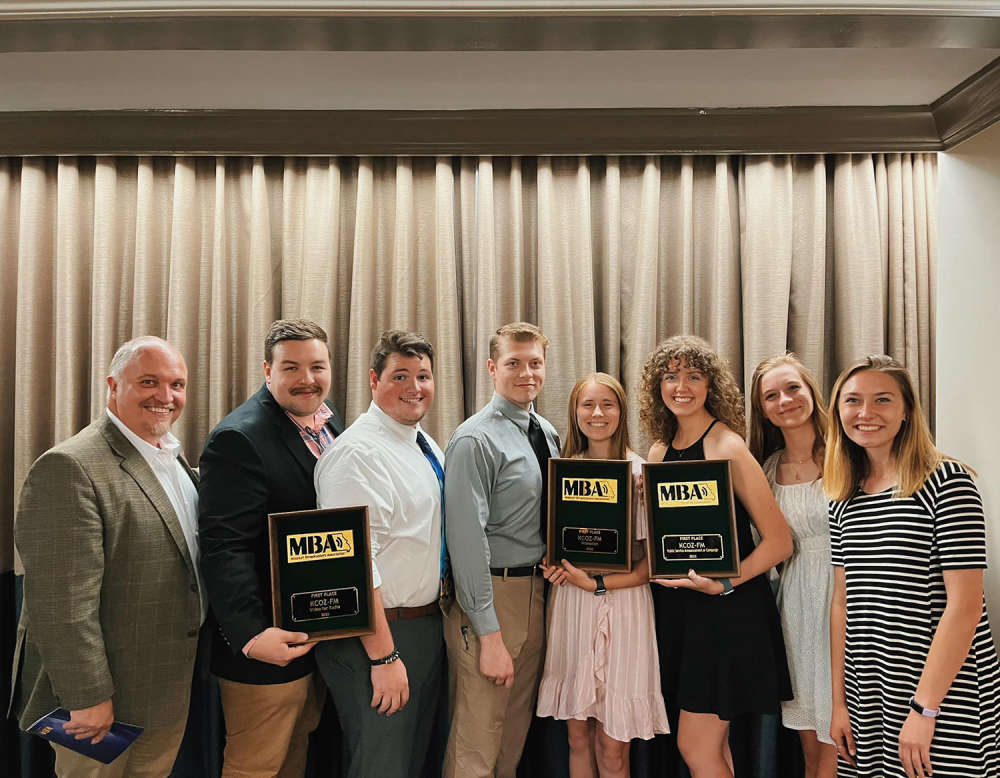 On June 11, 2022, students from the campus radio station, KCOZ, received recognition at the Missouri Broadcasters Association Awards Banquet held at the Lodge of Four Season in Lake of the Ozarks. More than two hundred awards were presented to Missouri’s radio and TV stations during the MBA Awards ceremony, and nearly 900 submissions were received. KCOZ was nominated for three awards, of which it won three first place awards.

This year’s awards were in the following categories:

“I could not be prouder of our team,” said Josh Williams, KCOZ station manager. “When you consider the fact that we compete against professional radio stations all across the state, it really is quite an accomplishment for these students. I think what helps us to stand out competitively is our creativity and standard of excellence that we hold ourselves to with each project we create. It’s always a great feeling when the hard work of our students gets recognized by professionals in the broadcast industry.”

KCOZ can be found locally at 91.7 FM, streamed through www.kcoz.live, or you can listen through the app by searching “KCOZ radio” in your app store.

The Missouri Broadcast Association membership is open to all owners and/or operators of a radio or television station. Their mission is to promote the success and prosperity of Missouri’s broadcasters and the survival of the broadcasting industry by representing members’ points of view in legislative and regulatory processes, serving as a source of training, and encouraging the highest standards in broadcasting by recognizing and sharing examples of excellence and achievement.

To read more about the Missouri Broadcasters Association, visit https://www.missouribroadcasters.org/