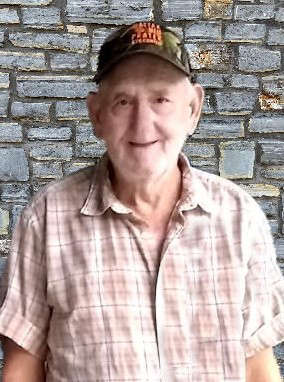 He was born in Viola, Missouri on September 25, 1935 the son of Noah Dennis and Addie Marie (Roush) Allen. On November 26, 1960 in Miami, Oklahoma he was united in marriage to Sharon Kay Swearingen, who preceded him in death on January 27, 2015. Also preceding him in death were his parents and one son, Rockie Jay Allen.

Jay grew up in Viola, Missouri and attended school in Blue Eye, Missouri. He helped on the family farm and was employed by the Ford garage in Berryville, Arkansas. Jay joined the United States Army and served from August 7, 1958 until August 5, 1960. After coming home, he served in the National Guard both in Pierce City, Missouri and Berryville, Arkansas. He enjoyed hunting and fishing.

Graveside services with military honors will be held at 2:00 P.M. Friday, September 23, 2022 at McGuire Cemetery in Viola, Missouri. Shirley McCullough will conduct the services.

The family will receive friends from 12:00 until 1:00 P.M. Friday at Fohn Funeral Home in Cassville.

Contributions may be made to the American Cancer Society in memory of Jay.