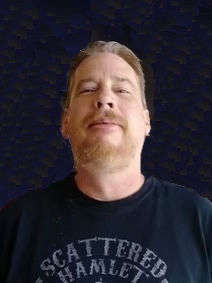 He was born May 21, 1971 in Kansas City, Missouri the son of Oliver and Susan (Mitchell) Bonne, who preceded him in death.

James attended Ruskin High School in Kansas City, Missouri. He was previously employed by Columbia Burlap and Bag in Kansas City as a welder. In 2014 he and his family moved to the Monett, Missouri area. Riding motorcycles, gardening and the outdoors were a few of his favorite pastimes. He loved animals, especially his dogs and was a member of The Church Of Jesus Christ Of Latter-Day Saints.

Private memorial services will be held at a later date. Cremation arrangements are under direction of Fohn Funeral Home in Cassville.