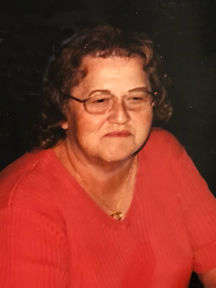 She was born November 26, 1942 in Lamar, Missouri the daughter of Loren William and Leota (Hurrell) Duncan, who preceded her in death. Also preceding her in death were two brothers, Ronald and Wayne and two nephews, Jeremy Shane Duncan and Robbie Duncan.

Connie lived in the Barton County, Missouri area all of her life and attended school in Golden City, Missouri graduating from Golden City High School in 1960.  She was employed by O’Sullivan Industries for forty-three years as a secretary for Stores To Office. Connie enjoyed fishing, playing cards and going to casinos.

Services will be held at 2 P.M. Wednesday, September 21, 2022 at First Baptist Church in Lamar, Missouri. Pastor Robb Hodson will conduct the services. Burial will be at Pippenger Cemetery in Golden City, Missouri.

The family will receive friends from 1:00 P.M. until service time Wednesday at First Baptist Church in Lamar.