Missouri State Professor Hosts Webinar on How to Talk "Ozarks" 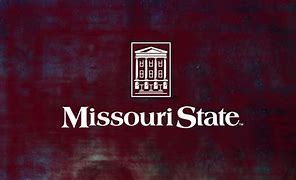 One Missouri State professor has studied this his whole life.

He says the words we use and how we say them has to do with where those who discovered the Ozarks came from.

Many came from the Appalachian region, so states like Kentucky, and Georgia.

Dr. Brooks Blevins, a Noel Boyd Professor of Ozark Studies, will explain this in his webinar called “How to talk Ozark in seven simple steps.”

“One of the steps and this is an easy enough one, is any word that ends in an ‘A,’ just turn that ‘A’ into a ‘Y.’ Some old-timers will remember when people called Nixa, ‘Nixy,’ Dr. Blevins said. “There were lots of women’s names when I was a kid that ended in ‘A,’ and they were almost always pronounced with a ‘Y.’ My grandma’s name was Alberta, but if anyone ever called her Alberta, you knew they didn’t know her very well or they weren’t from around here.”

Dr. Blevins has been giving this presentation for the last couple of years most of what he teaches is based on his experience growing up in the Ozarks.

He’s from north-central Arkansas, where he has heard different words, phrases and pronunciations his entire life.

Dr. Blevins still hears and uses the word “poke,” which means a sack or bag.

He didn’t want to spoil his presentation, so he only shared one more step turning a word ending in “o-w” to “e-r.”

“Everyone’s heard these where yellow becomes yeller, fellow becomes feller,” Dr. Blevins said. “That was also a colonial, American fad that caught on but drifted away.”

Now, Dr. Blevins admits some examples might not be as popular in larger areas.
The Springfield-Greene County Library District is hosting his discussion virtually on Tuesday, May 25, 2021, at 7 p.m.

You can register here.