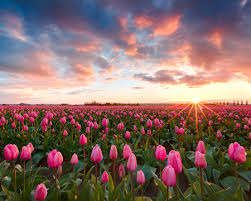 Preceding him in death were his parents; one daughter, Donna Douglas; one brother, Dean Douglas and one sister, Betty Porter.

Denver graduated from high school in Seligman, Missouri. After graduating he served in the military, began working in retail sales and farmed, moving to this area in 1996. He enjoyed all kinds of sports and in his later years he enjoyed playing golf. Denver liked talking to anyone as he didn’t know a stranger and enjoyed talking to everyone about his faith. A few of his favorite ways to spend time were going to flea markets, yard sales, collecting antiques and gardening but most of all he loved spending time with his grandchildren.

Isiah 40:31 “But they that wait upon the LORD shall renew their strength; they shall mount up with wings as eagles; they shall run, and not be weary; and they shall walk, and not faint”.

He was of the Christian faith.

At Denver’s request, there are no services and his wishes were to be cremated.

Contributions may be made to Convoy of Hope in memory of Denver.