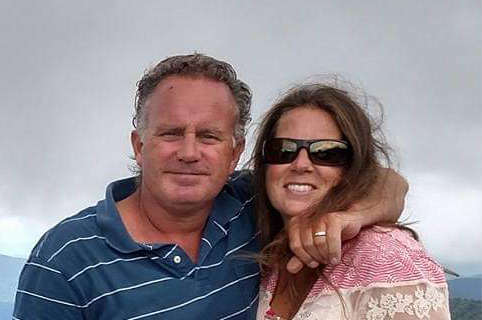 Celebration of life services for Erick E. Walker, 54, Branson, will be held Friday, June 24, 2022 at 2PM in Snapp-Bearden Funeral Home and Crematory, Branson.  Erick entered into rest on Saturday, June 18, 2022, in Branson, MO.

Erick Eugene Walker was born to Bob and Brenda (Exum) Walker on November 1, 1967 in Coffeyville, KS.  He attended Kirbyville Elementary School and graduated from Branson High School. On July 11, 1987 he married the love of his life, Tracy L. Robertson in Branson.  They had celebrated thirty-four years together last July.

Erick was owner and operator of Native Signs in Branson.

He enjoyed his family especially the grandchildren Walker Baty, Scarlett Baty, Willow Hair and Kimber Hair. Erick liked to play the guitar. He enjoyed music, fishing, hunting, boating, riding his motorcycle, and any activity where he could be outside. He was a very social person who enjoyed visiting, talking and listening to friends, old and new.

He was preceded in death by his grandson Jasper Hair.