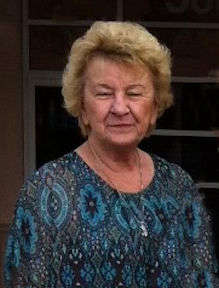 She was born July 13, 1936 in Shell Knob, Missouri the daughter of Vernie R.L. and Eva “Arizona” (Blythe) Burbridge. She was married to Kenneth Packwood, who preceded her in death and on October 2, 1987 she was united in marriage to James Hansen, who preceded her in death. Also preceding her in death were her parents; one brother, Junior Burbridge; two sisters, Vera Burbridge and Wanda Cooper; one step-son, Joe Packwood and a step-daughter-in-law, Tresa Packwood.

Eleanor attended school in Fairview, Missouri. After school she began working at the shoe factory in Aurora, Missouri. She and Kenneth owned a gas station in Verona, Missouri, then moved to Ridgely where they owned a gas station and convenience store. They later moved to a farm on Highway 60 where they owned and operated an auction service and later turned it into a used furniture store. Eleanor enjoyed camping, dancing, watching birds and she loved to work, but most of all she loved her family and spending time with them.

Graveside services will be held at 2:00 P.M. Monday, November 28, 2022 at Maple Park Cemetery in Aurora, Missouri, under direction of Fohn Funeral Home in Cassville. Pastor Karty Burbridge will conduct the services.

The family will receive friends from 2:00 until 4:00 P.M. Sunday at Fohn Funeral Home in Cassville.

Contributions may be made to the National Breast Cancer Foundation in memory of Eleanor’s sister, Wanda Cooper.