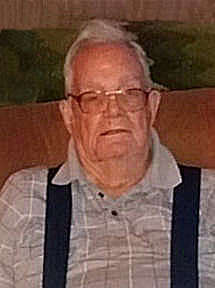 He was born in Stella, Missouri on March 3, 1930 the son of Clarence and Cora (Preddy) Saunders.  On June 6, 1952 in Long Beach, California he was united in marriage to Wilma Craig, who survives, they had recently celebrated their 70th wedding anniversary. Also surviving are one daughter, Diana Watkins and her husband Jim of Cassville, Missouri; two brothers, John Saunders and his wife Janie of Washburn, Missouri and Dayne Saunders and his wife Gail of Republic, Missouri; one sister, Norma Hayward of Cassville, Missouri and one grandson, Justin Etter of Cassville.

Preceding him in death were his parents; one son, Stan; four brothers, Pete, David, Harold and Doyle and two sisters, Louise and June.

Charles moved to this area in 1946. After graduating high school he joined the United States Navy during the Korean War. When he returned home, he attended college at Southern Missouri State University in Springfield, Missouri where he attained a bachelor’s degree and later attended the University of Missouri in Columbia, Missouri. He was employed by the Cassville R-IV School District as a history teacher for 28 years from where he retired. Charles enjoyed fishing, hunting and walking in the woods. His favorite pastime was spending time with his family. He was a member of Mineral Springs Baptist Church.

Graveside services will be held at 10:00 A.M. Tuesday, June 21, 2022 at Mineral Springs Cemetery in Cassville, under direction of Fohn Funeral Home in Cassville. Laith Hayward will conduct the services.

In Lieu of flowers contributions may be made to Mineral Springs Cemetery in memory of Charles.