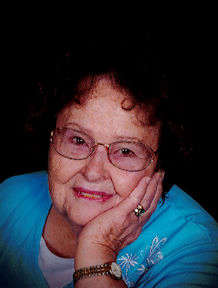 She was born August 20, 1937 in Fontana, California the daughter of Roy and Buena “Bea” (Moren) Haynes.  On May 17, 1957 in Claremore, Oklahoma she was united in marriage to Robert M. Stevens, who preceded her in death on June 3, 2018.  Also preceding her in death were her parents; one sister, Patricia and one brother-in-law, Richard Edsall.

Billie graduated from Claremore High School in Claremore, Oklahoma in 1955.  While living in Greeley, Colorado she was employed by the school system as a cook for fifteen years.  She enjoyed crocheting, watching Hallmark movies, cooking and visiting with her friends and family.  She was a devoted follower and lover of Jesus Christ and was of the Baptist faith.

Graveside services will be held at 10:30 A.M. Monday, May 16, 2022 at Oak Hill Cemetery in Cassville under direction of Fohn Funeral Home in Cassville.  Pastor James Weaver will conduct the services.

Contributions may be made to www.dementiasociety.org/donate in memory of Billie.