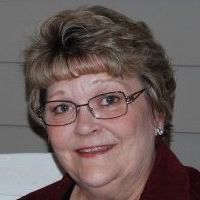 Barbara was born to Dorothy and Robert Smith in Chicago, Illinois. As a young woman, Barbara held a variety of jobs until she found her niche in computer programming.  In addition to being one of very few women in business computer programming at the time, she also supported and mentored other young women in the workplace.  She retired from one of the most prestigious insurance administration corporations with the title of Associate Vice President of Product Development.  In retirement, she spent her time reading, quilting, and spending time with family, including her precious dogs, Georgie and Parker.

Those who knew Barbara best saw in her incredible strength, beauty, and wisdom.  She was the rock of her family, and we were blessed to have her in our lives.

Services will be held at 300 Coy Boulevard, Forsyth, Mo, 65653 on November 26th, 2022 at 10 A.M. In lieu of flowers, the family requests donations be made to the Annie E. Casey Foundation, an organization which seeks to build better futures for disadvantaged children and their families.

Cremation is under the direction of the Kissee-Schofield-Eakins Funeral Home, Forsyth, Mo.